Compared to job seekers, recruiters participate in a very high number of interviews every year.

Because of this constant exposure to the job interview environment, certain answers to interview questions that a candidate might believe are interesting (or even original) could in fact be exasperating clichés for an experienced interviewer.

Typically, when we think of job interview clichés, we imagine a candidate saying that they are “a perfectionist” in response to a question about what their weak points are. And while that answer is definitely cliché, there are many other clichés to avoid as well!

The biggest problem with clichés in the context of a job interview is that they offer little useful information about a candidate; Cliché answers have no depth and can be used by anyone. In this article, I decided to help all job seekers by compiling these overused and empty responses, in the hopes that they will never use them.

I used social media to reach out to more than a dozen recruiters and employment specialists to get their take on the worst clichés in the business. According to them (and me), here they are.

Marie-Pierre has interviewed candidates who, in response to the question Why should we hire you? answered Because I’m motivated, Because I learn fast or even Because I’m very interested in the position.

There’s also the classic I’m a hard worker, Annie adds with a laugh.

OK, that’s good, she thinks – but could you provide a few more details?

According to Marjorie, the candidate that says My flaws are also my strong points is revealing a fear of fully assuming themselves. The main problem with answers like this is that the candidate ends up wasting time by making these kinds of hollow statements because they are afraid they’ll be judged negatively by a recruiter, as if this statement would improve the recruiter’s impression of them.

3- The Statement That Attempts to Ward Off Any Criticism

Lidiane feels that when a candidate says I have no professional flaws, it’s clear that they lack self-knowledge.

When a candidate makes this statement to Lidiane, she has a ready response: with a big smile, she replies I’ll put down a lack of modesty as your flaw, then? According to her, candidates generally quickly get the message and provide an actual answer to the question!

When Nathaly asks a candidate what their greatest achievement has been and they reply My kids, it can be touching. But the vast majority of parents would probably say the same thing, wouldn’t they? Without providing any additional details, this answer isn’t very useful from a professional perspective.

Sylvain has noticed that more and more job seekers are making grand statements during interviews, in the vein of This is my dream job, I’ve always wanted to do this!

Hélène helps newcomers to Canada with their job search, and notes that many of them have a tendency to profess their love for Canada. It’s a nice gesture and it shows a positive attitude, but it doesn’t explain what exactly the candidate is interested in work-wise.

Pierre-Luc puts this question in the context of candidates who have little experience. For them, their biggest achievement has often been getting their diploma. In these cases, Pierre-Luc can’t help but think: Really? You haven’t achieved anything outside of that?

According to Pierre-Luc, nothing is a bigger cliché than when a candidate replies to a question about who their mentors are by saying their mom or dad, especially if they have nothing to add beyond this answer. In his head, Pierre-Luc is thinking: Don’t you read articles, or follow any influencers? Didn’t you have a mentor at your previous job?

7- The Limitless Devotion of Desperation

Asked about clichés during job interviews, Marie-Josée mentioned the job seeker who has been looking for a long time, and who says I am prepared to do anything or I’ll take any position when asked what kind of a job they are looking for.

She takes opportunities like these to ask clients to reflect on what they’re really looking for, in order to position themselves in the job market. There’s nothing attractive about a candidate who is prepared to submit to anything for any price.

8- The “Let’s Get in Business” Approach

René mentions the candidates who are satisfied by saying Try me out, you’ll see!

It seems that these candidates forget that if there is a selection process, it’s because there would be a business cost associated with simply hiring a candidate before evaluating their profile.

Maude finds that increasingly, candidates don’t do any preparation for job interviews whatsoever. She wonders if this attitude has anything to do with the current glut of jobs in the market. When she asks candidates what they know about the company they’ve applied to work for, often they reply that they don’t know much. At a bare minimum, recruiters expect candidates to do their homework.

Stéphan notes that some candidates, when asked Why do you want this job?, reply Because I’m here, followed by no other comments to qualify their response.

Personally, I’ve had many candidates respond to this question by saying that they are Looking for new challenges.

In these cases, I ask the candidate what exactly about the job will pose a challenge; I can tell by their expressions that they are often surprised that I asked them to elaborate.

A challenge represents an opportunity to take measure of one’s capabilities. In other words: what, precisely, will you be taking measure of in yourself in this position?

I’ve received quite a few comments saying that if there are clichés among the answers that candidates provide, there are also a lot of clichés coming from recruiters as well. Interviews are a two-way street, and each person needs to make an effort to distinguish themselves.

Many thanks to all who contributed to this article (in alphabetical order): 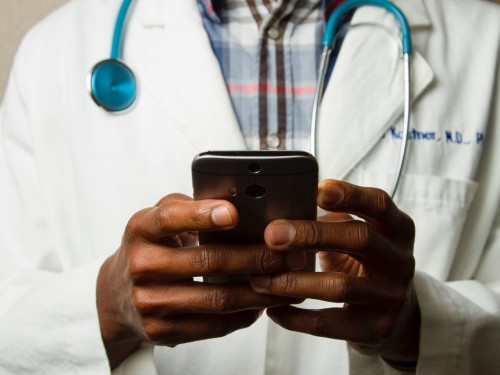